What Does It Mean to Buy Non-GMO Skin Care Products?

Non-GMO food products have become a popular choice for consumers because of the potentially harmful chemicals and pesticides that have been sprayed on GMO crops. GMOs are found in other places besides food, including skin care products and cosmetics. It is important to consider the possible health risks associated with eating genetically modified (GM) foods and how GMO products are labeled.

‘GMO’ stands for Genetically Modified Organism. The World Health Organization (WHO) defines GMOs as “organisms in which the genetic material (DNA) has been altered in a such a way that does not occur naturally.”[1] Common terms include “genetic engineering” and “biotechnology,” which involves inserting genetic fragments of DNA from one organism into another.

Today, GMOs are present in about 60-70 percent of foods on supermarket shelves, according to the Center for Food Safety. Around 75 percent of processed foods contain some GMOs, as common ingredients like corn starch and soy protein are mostly derived from genetically modified crops.[3] Fresh fruits and veggies are mostly GMO-free, though some sweet corn, papaya, zucchini and squash may come from GM crops.

In addition, genetic modifications are present in:

Why are GMOs Used?

GMOs have grown on a commercial scale in the United States since 1996. A number of vegetable crops have been genetically engineered to either be resistant to herbicides or pesticides. Herbicide-tolerant crops can survive the application of herbicides, which would otherwise have killed the crops along with the targeted weeds.[4]

The prime example of GM herbicide-resistant crops is the suite of “Roundup-resistant” GMOs, which are designed to tolerate the herbicide glyphosate, an ingredient in the weed killer Roundup. Glyphosate is the most widely used herbicide in the world by volume.[5] It is employed extensively in agriculture and can be found in garden products in many countries.

However, the World Health Organization recently announced that glyphosate is a probable carcinogen, requiring us to remain cautious.[5] Although studies have shown conflicting conclusions about the link between glyphosate and cancer in humans, glyphosate has been linked to cancer in rats and mice. [5] Experiments in human cells have shown that exposure to glyphosate can cause DNA damage.[5]

Genetically engineered food crops are often created to be resistant to pests. Plants containing genes from a soil bacterium producing a protein toxic to insects, allows the plant to manufacture its own pesticide.

One example is the Bacillus thuringiensis (Bt). Some crops such as corn, cotton, and soybeans have been genetically engineered to express the Bt genes that act as insecticides.[6] Bt corn is designed to control pests that specifically target corn pests only.

The use of Bt crops has led to a reduction in conventional synthetic insecticide use. The Environmental Protection Agency (EPA) has analyzed Bt crops and found that they do not pose any significant risks to human health.[7] Specifically, the EPA has done studies showing that the Bt protein in GM plants behaves similarly to other dietary proteins, not structurally related to a known food allergen or protein toxin, and does not show toxicity when administered orally at high doses.[7]

Fortunately, pesticide use is studied, monitored, and regulated by organizations, such as the EPA and the World Health Organization (WHO). The EPA regulates pesticides in food by evaluating every new pesticide for safety and every new use before it is registered.[8] The EPA evaluates hundreds of scientific studies on pesticides to ensure their safety to humans. After a pesticide is registered, the EPA reevaluates its safety every 15 years.[9] Before the EPA allows a pesticide to be used on crops, it sets a maximum legal residue limit (called a “tolerance”) for each treated food, and if that residue limit is exceeded, government action will be taken.

According to the American Academy of Environmental Medicine (AAEM), several animal studies have indicated serious health risks associated with eating GM foods, including infertility, immune problems, and changes in the liver and digestive system.[10,11] In addition, studies have linked GM foods with asthma, allergies, inflammation, and intestinal damage[12] although more studies are needed to see if there is a true health risk.

The role of GMOs in the food supply is well-known. However, GMOs can also be found in the beauty and personal care products you use every day.

Each country establishes its own food labeling laws. The United States and Canada do not require labeling of GMOs, while Europe, Japan, Malaysia and Australia do.

It is important to note that the law does not require cosmetic products and ingredients, except for color additives and ingredients that are prohibited or restricted by FDA regulations, to be approved by FDA before they go on the market.[13] However, cosmetics must not be adulterated or misbranded. This means that they must be safe for consumers when used according to the labeling, or as people customarily use them, and they must be properly labeled.[13]

The United States’ government agencies that oversee food labeling allow voluntary “Non-GMO” labels and strongly encourage food manufacturers that voluntarily label their products as “Non-GMO” to have this claim third-party verified. However, this recommendation to have the claim verified is not legally enforceable.

The United States Department of Agriculture (USDA) requires that all farmers seeking organic certification do not use GMOs. However, there are three different labeling categories.

In order to label a product as “100% Organic” the product must have the following characteristics.[14]

In order to label a product as “Organic” the product must have the following characteristics.[14]

Made with organic ingredients

A product labeled as “Made With Organic Ingredients” cannot wear the USDA Organic Seal and must have the following characteristics.[14]

The Non-GMO Project is a non-profit organization that independently offers GMO test verification and labeling for North American products. Their verification is process-based, using traceability, segregation, and testing to ensure compliance with their Non-GMO Project Standard.[15]

Companies looking to receive the Non-GMO Project label (an orange butterfly) must follow the project’s standards of best practices and have product testing conducted at various stages of production, anywhere from the field to the packaging facility.

Despite their inspection process, the project can’t legally claim products to be “GMO free.” However, they are the only organization offering independent verification of testing for GMO products in the United States and Canada.

Organic farmers in the US are sometimes finding that their crops are testing positive for GMO cross-contamination.[16] The source of the problem comes from the cross-pollination of organic crops with GMO crops in neighboring farms.

GMOs are becoming more prevalent in the marketplace. In addition to their role in foods, they are common in skin care products. It is important to understand that GMOs are genetically modified, and they are used for herbicide and pest resistance, as well as to improve nutritional value. The research is still early when looking at GMOs in skin care. An understanding how GMOs are regulated and labeled will help consumers make better-informed purchasing decisions.

Best Applicators for Your Foundation

Microbiome of Your Makeup Brush

Author: Janice Leung
Share
How well does this article match to you?

Author: Amy Branum AHP
How well does this article match to you?

How To Keep Your Skin Barrier Working Properly 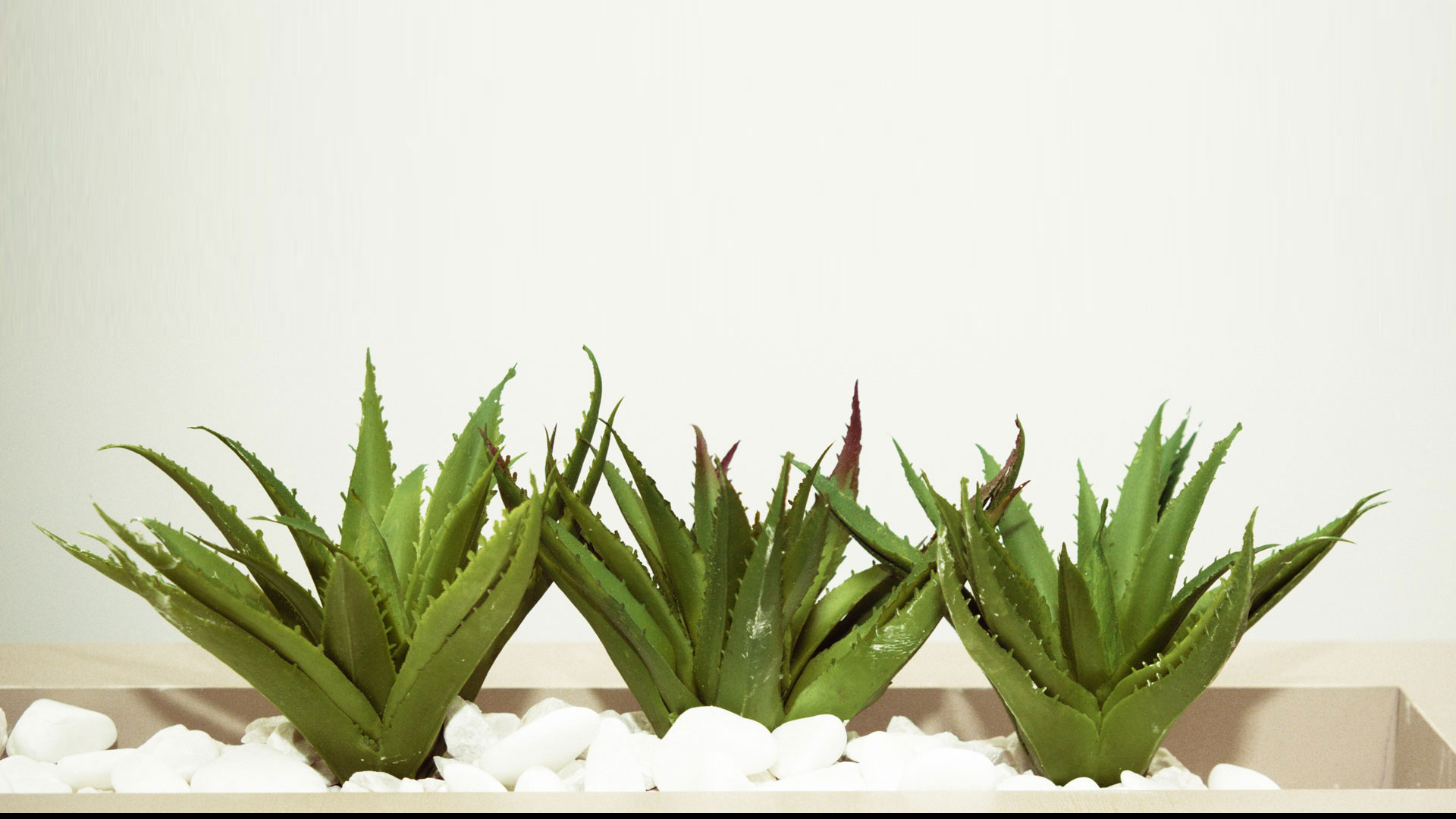 What’s the Deal with Charcoal Toothpaste?

How To Prevent Razor Burns, Cuts, And Irritation

Author: Caitlyn Dagenet
Share
Powered By MemberPress WooCommerce Plus Integration
Shopping cart
There are no products in the cart!
Continue shopping
0